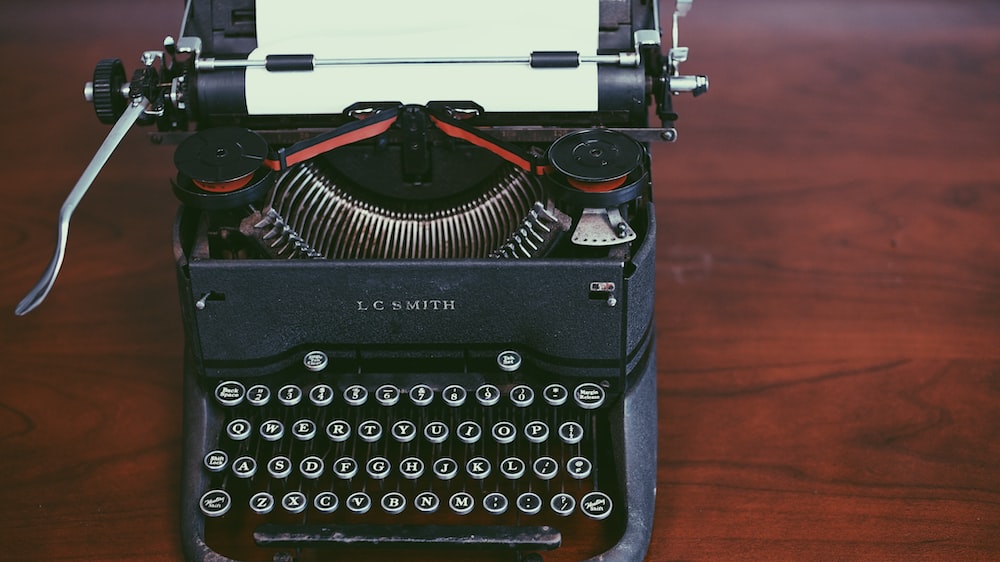 Most of my entrepreneurial career has been spent chasing markets. In the last few years, though, I’ve had the fortune of the market moving my direction. It’s a lot less exhausting and disappointing. And I’ve gotta admit — as a civil engineer/serial entrepreneur/author/investor, the story of what brought me to this point is pretty interesting. Everyone has an origin story: a collection of choices, experiences, and events that brought them to where they are now. Here’s mine.

I grew up in Stone Mountain, Georgia. My mom was a computer programmer and my dad was a well-known structural engineer. In 1984, my mom worked for a large utility company and was always on call. Because of this, she had to bring the Compaq portable computer home on the weekends. I remember her having it in her trunk on a little roller dolly. This thing weighed in at like 30 pounds (maybe a little less — I was only 13). She rarely had to use it, so I started playing around on it. Sometimes I wrote simple programs like blackjack, and sometimes I played games.

In 1985, we moved to India. My dad started a design-build firm there and my mom stayed in the US for a while. My dad made me come to his office after school, and he put me in charge of the computer there. This meant that when his professor buddies would send him floppy disks, he would hand them to me and tell me to make them work. I created simple mail merge programs for him to market himself. I went on job sites and learned to survey, inspect rebar, and more — there were no child labor laws. My dad built a classroom in the office and I’d often hear him teaching his team.

Georgia Tech and the Internet:

I came back to the US for college and studied civil engineering at Georgia Tech. I saved every penny and got an IBM laptop in 1989. They were super expensive, but luckily I knew a guy. I was fortunate to be an assistant in the computer lab and in the geotechnical lab. In the computer lab, my job was to put my professor’s class notes on the internet using HTML. It was 1990 and we were using the Mosaic browser. In the geotechnical lab, we were running experiments. My advisor was big on instrumentation: I had to set up sensors, read the data into a text file via a serial connection, and parse into Quattro Pro. Depending on your age and nerdiness, you either have no idea what the previous sentence said or you’re feeling nostalgic.

As a field engineer, a large part of my job was collecting information, inspecting, and providing reports. Early on, I started instrumenting job sites. This was 1994. It was costly, and my company struggled with it. We were in the billable hour business, and investing in efficiency worked against us. I started to create fixed-fee contracts, and that changed the game.

I’d been running a web/software development business on my nights and weekends. I was reaching a point where I was making more money from my side-hustle than from my day job. We decided that we wanted to build a product and that building custom software was lucrative but not scalable. We started to focus on building a construction management tool for the web. This was tough. It was 1997. I was told by the Industry that the internet was a fad. When you build a company with credit card cash advances, you pivot fast. We were fortunate to move into the telecom space, and within 3 years our 2-person startup was a NASDAQ-listed, nearly 1,000-person operation. It was wild.

Our business suffered after 9–11. We were overextended, customers were moving slow, and the capital markets tanked. I left the company in 2002. I met a friend who was investing in a company called Revit Technology Corporation. I took a look, loved it, and then went on vacation. I came back, and Autodesk bought them. I knew that Revit was powerful, but the Industry still thought the internet was a fad. They would need help. We started with consulting services in 2005 and then started building products. In 2007 we sold to a reprographics company in the Bay Area. I commuted out there for almost 3 years. I had a short stint at Gehry Technologies (ask me about this if we ever talk), and then took a sabbatical. I wrote a book called “BIM for Owners and Developers” and did some speaking.

While on sabbatical, I was asked to volunteer at ATDC (a Georgia Tech incubator). Then they hired me full-time, and soon I found myself in charge of the whole thing. I pretty much told every startup focused on the built environment that they should give up. Pick a different industry.

I left ATDC and started investing and doing some consulting. I got a call from an old industry friend saying he needed help with innovation at his firm Thornton Tomasetti. My initial reaction was not positive, considering all the history I had with the Industry. But I saw what they wanted to do and got on board with it. Soon my phone started ringing off the hook with calls from the Industry. Apparently there weren’t many civil engineer/serial entrepreneur/author/investors around.

And that combination of roles has allowed me to drive innovation in a tricky industry. See, the Industry is full of deep problems. The Industry identifies and understands these problems. Startups create solutions. And when it’s time to pull all that together, that’s where we come in: we iterate the solutions, drive defensible technology, provide advice from both Industry and startup advisors, and provide capital. It’s a hands-on model that I never could have created without my unique background and set of experiences.

So that’s my story. What’s yours?